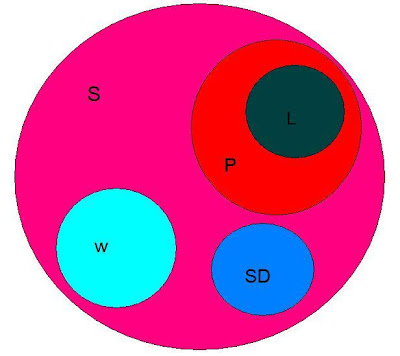 I read the headline – Can Singapore Fail? And got freak out by the title. Frankly say, I thought everyone started rushing to migrate out of Singapore, permanently.

I am engineering trained, so I did some calculation to psycho myself.

This logic is flaw. According to the chart, and universal logic, it is more like,

Not all is lost, unless of course, P is greater than what we think.

This makes me think about some humanity issue. We are always a part of something bigger, being the best of not, we can never be the only one. Example, you are in the largest (fill in the blank here) organization in the world, having the sole theory that influence the majority of the entire populace.

Does this mean the world would not progress without you?

History will Move Forward, with or without you. Period.
Posted by test at 19:22

Email ThisBlogThis!Share to TwitterShare to FacebookShare to Pinterest
Under Humanity, Politic, Singapore