How to you want to go down in history? 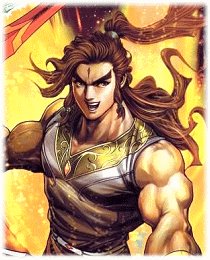 唐太宗李世民 is arguably the greatest Emperor in the history of China.

The Chinese name of china town “唐人街” comes from here.

Now when study history, no one seem to question how he raise to power.

Firstly he instigated a mutiny with his father against his own country, and then he plotted, killed his elder brother who has the rights to the throne, lastly he “force” his father to resign and declare himself to be the successor. Such is the tactic he uses during his time.

李淳风, 袁天罡 are both the famous astrology from his, who invented the 推背图, which till now nobody know how is it going to end. I also cannot find any resources about them on the internet.

This Picture I got from the Chinese comics 天子传奇4, mostly read and adore by many “ah beng” in Singapore, but despise by many Engrish education who think this comics are infantile as compare to those England one.

If only history can be record in this way, it would not have been so hard for us, I also might have become a history scholar by now.
Posted by test at 15:25