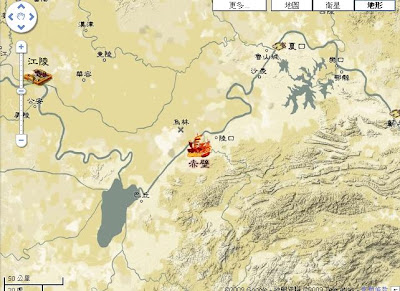 Someone put up this geographically accurate map of China during the 3 kingdom era. Aim to guide people who wanted to find out more about the Battle of Red Cliff. The site has thus received few hundred thousand hits since released of the movie. Ask your Chinese friends to translate those words for you.

Email ThisBlogThis!Share to TwitterShare to FacebookShare to Pinterest
Under Chinese, Culture, Google, Internet