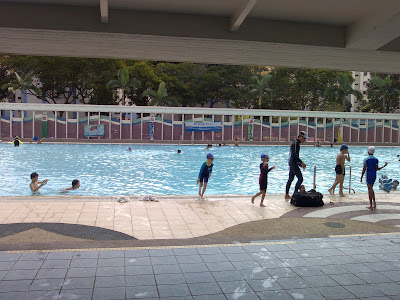 Post ND Sunbath. Today Mr Tan's family is our special guest. The exchange of friendship is even warmer than the sun. Thanks for being there for us.
Posted by test at 15:00 No comments:

Email ThisBlogThis!Share to TwitterShare to FacebookShare to Pinterest
Under Culture, Personal, Sunbath

"I want to put an end to sales of this cartoon book in shops, both for children and for adults. It's racist and it is filled with colonial-era propaganda,"

Now, I don’t even know TinTin, but many comics are considered racist in my view point. Especially Japanese comics, many a time they portrait Japanese is de number one superior race on Earth. For any comic books author to draw or think whatever they want, I concurred. Racist? Propaganda? As long as it is pop
Posted by test at 12:04 1 comment:

Email ThisBlogThis!Share to TwitterShare to FacebookShare to Pinterest
Under Culture, Humanity, Manga

For those who miss my Chinese poem on my other blog, I am going to slowly move them here, this time with comment from the writer (me) himself. Feel free to criticize.

Sometime you feel like someone is watching you, telling you not to do this, not to do that. The voice tell you the right from the wrong, it is a kind of warm feeling, deep from within your heart, closer than your parent.
Posted by test at 23:23 No comments:

Email ThisBlogThis!Share to TwitterShare to FacebookShare to Pinterest
Under Personal, Poem, 破烂诗词

Maybe you have seen these, maybe not. Just go there and look at those photos that make your pathetic quarrel with thy brothers nothing more than a breeze. How much money is needed to buy a day of peace between you and me? (Link) via Pinguy

You truly want to be a leader? Would you do this yourself? Or send your fellow brothers instead?
Posted by test at 22:48 No comments:

Email ThisBlogThis!Share to TwitterShare to FacebookShare to Pinterest
Under Culture, Humanity, Religion

This is in fact true. Any officer who is late, park wrongly will get to wear this cute little pink icon on their arm. Try to spot any patrol officer on Thailand street with this, and please, refrain from laughing. BangKok post via Hello Kitty Hell. (Link) Now I begin to believe Hello Kitty is dominating the world, lol.

Any proposal for Singapore officer?
Posted by test at 00:19 No comments: