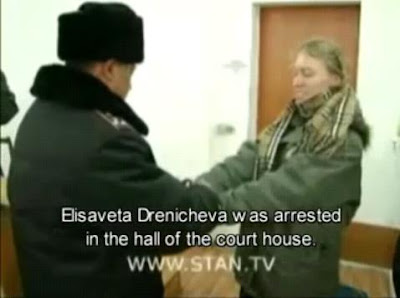 Here (Video) link to Youtube, where you watch an Unificationist announce guilty, 2 years jail term. It is said, in the video, that she “divided people in sinful and righteous, perfect and imperfect” is a crime against peace and humanity.

Here’s the PDF document (Link) to a report on the bill passed on 26th Nov 2008. Under those points, for example, I try to explain some interesting one,

- That “small religious group” is not allowed to conduct religious rite, nor own building
- Cannot like, practice in a legally own house if you are not registered. That makes virtually every new found belief one of them.

Severity of punishments includes exportation from the country. Kazakhstan is World’s 9th largest nation, population consists 40 over percent of Muslim and Russian Orthodox. (Thanks, David)
Posted by test at 14:33

Email ThisBlogThis!Share to TwitterShare to FacebookShare to Pinterest
Under Human Right, Humanity, Religion