You can't conquer the Universe in one night

The year was 2225. When I was told that the Universe was big, I never believed that it would be so huge. 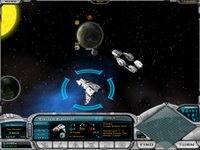 I started with a small space and a pathetic scout ship. Unable to provide for myself and with poor literacy, I set off to dominate the whole Galaxy. I thought 10 years of research and if I work very hard, I could put all those evil alien races far behind me. By than I can slowly slaughter them and make them pay tribute to my superior nation.

By the time I own the third system; Drengin came knocking at my door. They were….not friendly. I immediately declare war on them due to my own stubbornness, ignoring the fact that we are just minority in this part of the galaxy.

The war was hard nevertheless; I managed to keep my star systems but was left with no resources to expand further.

My beautifully designed starship was no match for those pesky ugly alien ships with superior technology. I was badly crushed and barely make it through the middle phase of the course.

I feel like hitting the “new game” button, but I didn’t.

To cut it short, I rise to become the most powerful Galactic Civilization after 250 years of struggled. Two third of the Universe is now under my banner while one third under the Altarian Republic, who is my alliance and had helped me from the beginning.

The Drengins? I provide them with a piece of land so that they can bare witness… to how I am going to wipe out the Altarian Republic, next.

Ruthless I am, in reality and in the game - Galactic Civilization 2, the Dread Lord.
Posted by test at 17:35